Главная страница » Switzerland will punish Russia with bitcoin: who will be affected by the new sanctions

Switzerland will punish Russia with bitcoin: who will be affected by the new sanctions 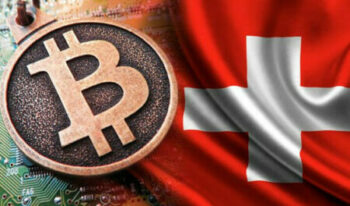 Following the sanctions imposed by Switzerland on Russia for attacking Ukraine, the traditionally neutral country has decided to freeze the cryptocurrency accounts of sanctioned citizens and companies of the Russian Federation. These are only operations on cryptocurrency platforms.

According to the Financial Times , the Swiss Ministry of Finance considers the freezing of cryptocurrencies necessary for the country to protect the integrity of its developed blockchain industry. According to a study by the Swiss venture capital firm CV VC , as of December 2021, 1,128 blockchain companies were registered in Switzerland and neighboring Liechtenstein.

“If a person has a ‘cold’ cryptocurrency, it will be almost impossible to identify him wherever he is . But if he uses crypto services – funds, exchanges, etc. – we can target these service points ,” he said. journalists.

The Swiss federal government has already imposed sanctions on Russia, freezing the bank accounts and assets of 223 Russians , including close associates of the aggressor president, Vladimir Putin. Yes, cryptocurrency restrictions will be an additional punishment for the Kremlin.

The European Union also intends to prevent Russia from evading economic sanctions through cryptocurrency. “We are taking steps, in particular with regard to cryptocurrencies or cryptocurrencies , which should not be used to circumvent the financial sanctions imposed by the 27 EU countries,” French Finance Minister Bruno Le Mer said on 3 March.

However, some experts believe that Russia will not be able to avoid the devastating effect of Western sanctions on cryptocurrency. This is not allowed either by the existing mechanisms or the amount of losses suffered by the Russian economy.

As OBOZREVATEL has already reported, after the imposition of sanctions, the ruble depreciated sharply, in connection with which the Russian currency fell below bitcoin in terms of market capitalization. According to onchein data, Russians are massively losing the ruble, opting for cryptocurrency.